My art is a snapshot of everyday life.
When I travel and look around me, all I see is the abundance and beauty of life. I capture that beauty so you, the viewer, can embark on that journey with me.
I use oils, pastels, linoleum prints, and silk screens to capture these images.

Pete Dent was born in Kingstree, South Carolina but grew up in Philadelphia. His earliest memories and interest in art began in junior high school. Pete started taking his artwork seriously in 1974 while attending the Pennsylvania Academy of Fine Arts, majoring in painting. He later studied printmaking at Samuel S. Fleisher Art Memorial. Pete spent the next ten years working as an artist in Philadelphia, New York, and Connecticut. Pete married and moved to San Francisco, where he decided to take a break from art to focus on raising his family. In 2015 after his hiatus, I began to build a new portfolio, starting with Pastels, then prints, and finally, his true passion, oils. He works out of his studio at The Hunters Point Shipyard Artist Colony in San Francisco’s Bayview district. 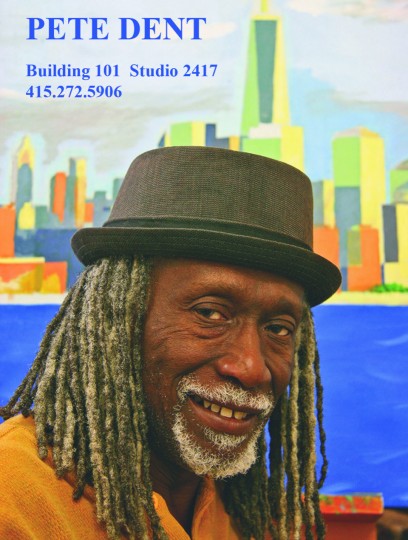